What is Human Nature? 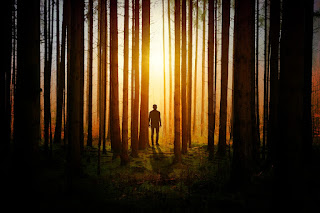 Humans are inherently natural beings, which means that all of our emotions and behaviors are subject to the laws of human nature.

What is human nature?

Human nature is the term we use to refer to the inherent tendencies and impulses that drive humans. The urges that reach our mind, body, and soul tell us what we like and don’t like in life. It’s not just our personality traits (though those help shape what we want), but also everything else about us. These include inner feelings, beliefs, attitudes, etc.

The study of human nature is broad as it includes many different fields like psychology, sociology, anthropology, economics, and neuroscience. They study how people behave and try to understand why they do what they do as a way of understanding their personalities.

Human nature refers to the ways in which human beings have evolved biologically and psychologically as a result of natural selection over millions of years within different environments.

Humans have evolved in such a way that they do all kinds of things without any sense of self-control or moral reasoning, which leaves them consistently prone to mistakes, rationalization, and emotional outbursts.

The study of human nature can be said to have been started by Socrates, who wanted to understand justice and virtue. His question was “What is the essence of justice?” His reasoning was that if we could answer that question, we would know what good or bad things are really like and could make better judgments about them accordingly.

The study of human nature has since then offered an understanding of what makes humans different in certain ways from other animals as well as what makes humans similar to one another. It has also led us to realize how complex humans are as a species with their emotions.

The most common debate is whether human nature is an innate or learned characteristic. The evidence for the latter view is strongest, as humans are capable of learning new things even after spending a lifetime without people around to teach them anything.

The idea that there are certain characteristics that are inborn rather than learned has strong roots in evolutionary theory and social science, but it remains controversial.

Although the laws of human nature are not codified into any single law or philosophy, they are used to describe ethical conflicts in many fields. Humans have certain natural instincts that they follow, without even realizing it. Following are some of those laws.

The law of reciprocity is our tendency to respond in kind to a favor or a gift received.

The law of scarcity is our innate belief that there isn't enough for everyone and so we must compete with each other.

The law of similarity is where we tend to like people who are similar to us, which can be a good thing because it helps us bond with them and form networks with people that will support us in times of trouble.

Humans have evolved through various stages over time to adapt to their environments and this can be seen in their behaviors today.

What is the driving force behind human nature?

There are many interpretations of what drives humans to act as they do, whether it is biological or situational. Some of the basic theories include the idea that our driving motivation is survival and reproduction.

In the short run, our desire to survive and reproduce might give rise to selfishness in terms of individual well-being; individuals may not consider other people in their decision-making process when they have children or how they act toward others. In the long run, however, this selfish pursuit may give way to a more altruistic form of behavior that benefits groups rather than individuals.

Our driving force behind human nature can be seen as a continuous cycle; from selfishness to altruism.