Democracy: A System of Governance by the People 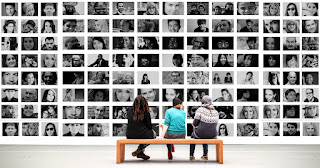 Democracy is one of the most powerful ideas in society today because it allows for a free and equal society where people have control over their personal lives.
In practice, democracy can be defined as a form of government in which all citizens participate in the decision-making process. There are two basic models of democracy: representative democracy and direct democracy.
Democracy is not just about how many people vote in an election; it is about a way of life that allows individuals to exercise freedom and have access to just laws.
In a democracy, citizens have the power to elect their leaders and control the policies adopted by those leaders. This democratic system of government is one of few known models that provides both separation of powers and a high degree of accountability.
Democracy is a system in which power and resources are distributed among the people. It means that people do not have to rely on one person or party to make their decisions.
Proponents of democracy argue that it provides protection against the concentration of power into the hands of one individual or group while providing equality under the law for all individuals. It also helps create a more just society as more people have an opportunity to take part in decision-making processes and have their voices heard.
To be truly democratic, there needs to be participation from all individuals within society and not just those who have certain privileges or belong to one gender.
Some would argue that democracy doesn't work because it's too hard to get things done without violence or coercion. Others argue that democracy is too vulnerable to corruption and manipulation from powerful groups.
The development of democracy has been a long process and still continues today. It expands all over the world as more people push for this form of government.
Democracy is a system of governance by the people; this means that it relies on public support to working effectively; if support starts fading away then democracy might fail
It is important to make sure that the government and institutions work according to the people's will and not against it.