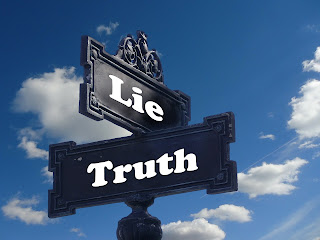 Truth is a statement that agrees with reality.

Truth is subjective, based on our personal values or beliefs. It is what we believe to be the case and what we know for sure.

Facts are objective, while truth is subjective. Facts are things that can be proved by scientific methods.

Truth refers not just to facts but also to opinions and meanings - for example, the state of a company’s economy or an individual's relationship with their friends.

Because truth is subjective, there are a multitude of types of truth: scientific (which describes the natural world), spiritual (which describes reality as it exists for humans and other sentient entities), mathematical (describing a system of logic using axioms and proofs), etc. Truth can be added to or taken away from depending on experience and knowledge.

Truthfulness is a moral virtue: it is the quality of being truthful or honest in speech and action. It's a habit of saying what one believes to be true while thinking critically about what one’s believes.

Humans can use truthfulness as a moral compass (an individual's sense of right or wrong) when attempting to navigate reality.

Truthfulness is the ability to tell the truth even when we are speaking to someone who is not truthful. It's a skill that can be learned to discern what’s true and what isn’t.

Truth is a human construction and concept. Human experience, language, thought systems are all very imprecise. Humans have no absolute way to understand the universe or anything within it because of this lack of precision. Even scientists measuring things in laboratories make approximations and use instruments that measure only part of reality.

This lack of precision and ability to know or understand is true for science, philosophy, religion, mathematics. Humans are confined by their finiteness and they do not perceive the world in its totality.

We can only perceive a small part of the whole. This might be because we are confined by our senses or limited by our bodies, minds, and thought systems.

Humans are self-aware or conscious in a certain way. They can perceive their own bodies and brains, which they confuse with the entire universe, believing that their body is themselves.

We can form language and concepts to describe the world around us. Such descriptions are always imprecise because human knowledge is partial or limited.

Truth is what is in accord with reality. Truth is a property of things that exist, and there could be no truth in a world without existence. Some things exist, and there is truth. Therefore, truth exists.

In essence, truth is the correspondence between reality, perception, and the one doing the perceiving.

Truth is not something that can be acquired. It is a concept developed by humans to describe their experiences and understandings of the world. Truth is an ideal for humans to strive towards.

It is through the propagation of truth that humanity has been able to develop and grow. It provides us with a sense of purpose, it allows us to form meaningful relationships, and helps us navigate our world.

But it is not something that we can acquire. We can only increase our understanding of the truth.

In today’s world, it is very difficult to be honest and truthful. We are forced to use double meanings, we use false words in our writing and we use empty phrases or “puns” in our sentences.

Truthfulness is an important part of the character and one should strive to be truthful as well as that one would want others to be truthful, or at least, not deceitful about their thoughts and actions.