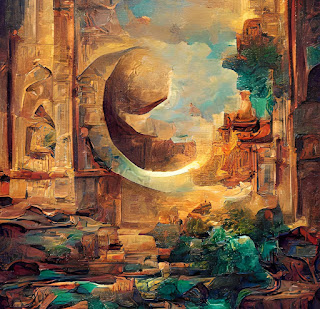 Islamic philosophy has a long and rich history, with major figures such as Al-Kindi, Avicenna, Averroes, and Mulla Sadra. Islamic philosophy addresses a wide range of topics, including cosmology, epistemology, ontology, ethics, politics, and theodicy.

Rationalistic Islamic philosophy is based on logic and rationality. It starts with the assumption that God is rational and that the universe is orderly. It uses reason to understand the nature of reality and to arrive at the truth about God.

Sufi Islamic philosophy is based on mysticism and intuition. It starts with the assumption that God is unknowable and that the universe is mysterious. It uses intuition to understand the nature of reality.

Key insights of Islamic philosophy include the following:

-The belief that God is the ultimate reality and the source of all knowledge.

-The importance of reason and intellectual inquiry.

-The centrality of ethics and morality.

-The belief in the equality of all human beings.

-The importance of social justice.

-The belief in the afterlife.

-The importance of living a good and virtuous life.